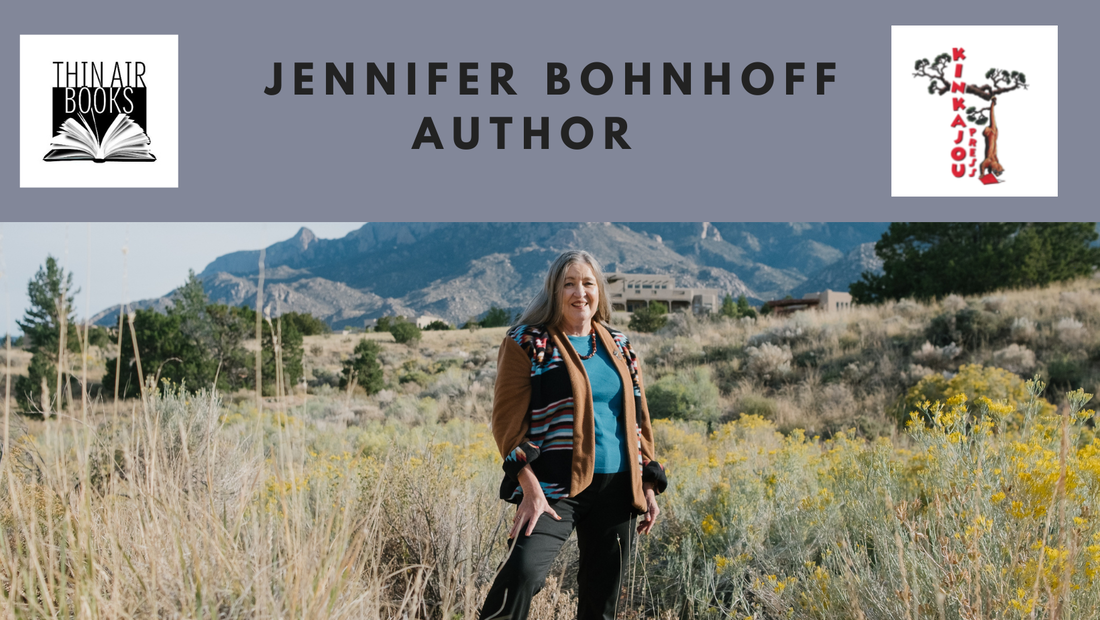 Are you a teacher or coordinator for a senior center or other organization
​that likes guest speakers?
Jennifer would be happy to present on the historical periods covered in her books.

Rebels Along the Rio Grande:
​A Trilogy about the Civil War in New Mexico

Written at a level that makes these books accessible to middle grade readers, this series tells the story of what happened here in New Mexico territory during the tumultuous time of the Civil War. Adults find these books fast and informative. Want to know more? Click here. 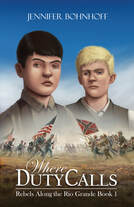 Where Duty Calls  Book 1 of Rebels along the Rio Grande
Texan Jemmy Martin and New Mexican Raul Atencio don't want to be involved in the Civil War that's splitting the United States, but at a small crossing of the Rio Grande they become embroiled in a battle that could change the destiny of two nations.

The Worst Enemy  Book 2 of Rebels along the Rio Grande
​Confederate General Sibley's Army of New Mexico has won the Battle for Valverde Ford, but at what cost? Many have died in the plan to take the Colorado gold fields. Texan Jemmy Martin has lost his two beloved mules, and although he yearns to return to his farm near San Antonio, he must continue to march north with the Army and care for Willie, the orphan drummer boy. In the mountains east of Santa Fe the Confederate and Union forces clash in what becomes known as the Battle of Glorieta Pass. Jemmy encounters Cian Lochlann, an Irish orphan who gave up mining for gold and joined the Union Army in the hopes of a full belly and a strong man to lead him into an unknown future. While the Armies fight, Jemmy and Cian each come to an understanding that will change their lives forever.
​

Hector Anderson is a geeky middle school boy who loves his wacky family, even if they embarrass him. The funny, short contemporary novels are perfect for both boys and girls in grades 4-6 who are feeling awkward about growing up and being themselves. Join Hec, Calvin, Stevie, Chloe and their parents as they learn about life, love, and being the best they can be.
Click here to buy these books in paperback or ebook versions on Amazon.
For a signed copy direct from the author, click here.

These books have more violence or sexual content in them than may be appropriate for readers under 15.
While neither the violence or sex in them is explicit, their themes and ideas are more mature. Feisty little Agnes Day is determined to keep the family ranch and run it alone on her own terms. The last thing she wants is to fall under the authority of a husband who has different interests that will keep her from the land she loves.

A family death along with the attack of a nearby town threatens her ability to keep the ranch—making her goal seemingly impossible. Agnes presses on and trains to become a nurse, then volunteers to go over there to help the thousands of doughboys suffering in the trenches of the greatest war the world has known.

As Agnes moves ever closer to the front line, she faces increasingly primitive and dangerous conditions. She is challenged beyond endurance, but also surprised to find a man she could share her life with. Agnes gives her heart to the quiet and competent Will Bowers, who loves the Sunset Ranch just as much as she does. But, Will is haunted by a dark secret. Until he can come to terms with his past he will continue to move from town to town.
​
Can Agnes secure a peaceful future on the Sunrise Ranch after the insanity and bloodshed of war? Dare she hope to share that future with someone else? 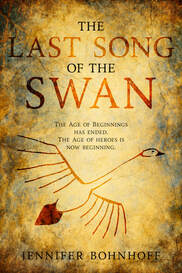 The Last Song of the Swan
A dual timeline novel about prejudice and cultural exclusion
The Age of Beginnings has ended. The Age of heroes is now beginning.

What if Beowulf is the written account of a story that stretches back to the dawn of time? Helen Bowie asks this question. Hrunting, daughter of Unferth, the mage of Heorot, lives it. Both women fight for the rights of social outsiders against powerful men, heroes with the power to change society, perhaps for the better, perhaps not. The stories of two women who lived 25,000 years apart asks the reader to consider who determines who is human and who must be destroyed.

Historical Fiction
​FOR READERS ages 10 and up

While these books have been written so that middle grade readers can enjoy them, many adults find these short historical novels to be very enjoyable. Historical novels are a great way to learn a little history while being immersed in a great story!

On Fledgling Wings is the story of one boy's experiences on the road to knighthood in 13th Century England.

Nathaniel Marshal is a bully with a short temper and an empty place in his heart left by the mother who disappeared when he was a baby. The spoiled boy can’t wait to leave boring Staywell and begin training so he can become a knight like his father, the cold and distant Sir Amren. But when he arrives at Farleigh, he finds himself in a place of death and danger.
Want to know more? Click here.
You can buy this book at Amazon in ebook and paperback. Buy it from this website's store, and the author can sign it for you and write a custom dedication.

The Bent Reed tells the story of a girl during the Civil War.

It’s June of 1863 and Sarah McCoombs feels isolated and uncomfortable when her mother pulls her from school and allows a doctor to treat her scoliosis with a cumbersome body cast. She thinks life can't get much worse, but she's wrong.
Physically and socially awkward, 15-year-old Sarah feels her life crumbling. She worries about her brother Micah and neighbor Martin, both serving in the Union Army. She frets over rumors that rebel forces are approaching the nearby town of Gettysburg. When the McCoombs farm becomes a battle field and then a hospital, Sarah must reach deep inside herself to find the strength to cope as she nurses wounded soldiers from both sides. Can she find even more courage to continue to follow her dreams despite her physical disabilities and her disapproving
mother?